Michael Steele made history when he became the first African-American chair of the Republican National Convention in 2009. Steele served in that role until 2011 and he likely wasn’t expecting to make headlines while in attendance at this year’s Conservative Political Action Conference outside Washington, D.C.

Then, this happened at the event’s annual Ronald Reagan dinner.

“We were somewhat lost as a group, we had just elected the first African-American president, and that was a big deal and that was a hill that we got over and it was something that we were all proud of and we weren’t sure what to do, and in a little bit of cynicism what did we do? This is a terrible thing. We elected Mike Steele to be the RNC chair because he’s a black guy, that was the wrong thing to do.”

Steele’s response to the remarks have ranged from refusing to accept an apology from CPAC officials to agreeing that the Republican Party has a “racism problem.”

A 2016 Pew Research survey reveals that only about 7 percent of African-Americans identify as or lean Republican, even after the GOP’s efforts (including the selection of Steele as RNC head) to appeal to more black voters. 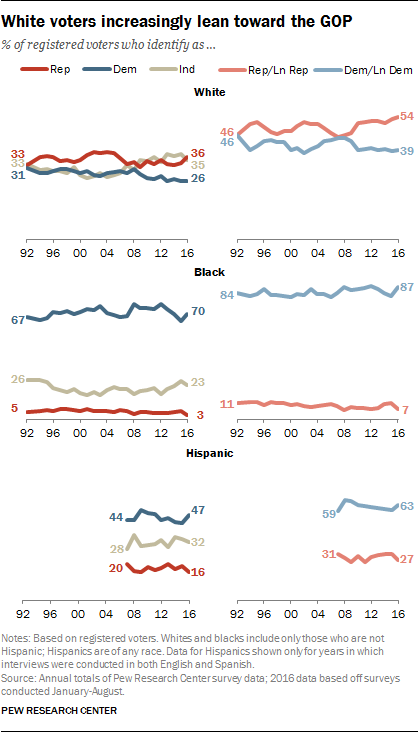 For conservatives of color, it’s a moment to address the challenge of contending with the GOP’s record on race and ask: Is the Republican Party truly a party for all?

When You’ve Got 99 Problems And Money Is One

Thursday, Jan 30 2020Why is it so hard to talk about personal finance?

The State Of The State Department

Monday, Jan 27 2020Have you ever read a novel that you felt misrepresented your culture? How did it feel?

Friday, Jan 24 2020The Senate impeachment trial begins in earnest. The National Archive apologizes for altering a photo of the Women's March.